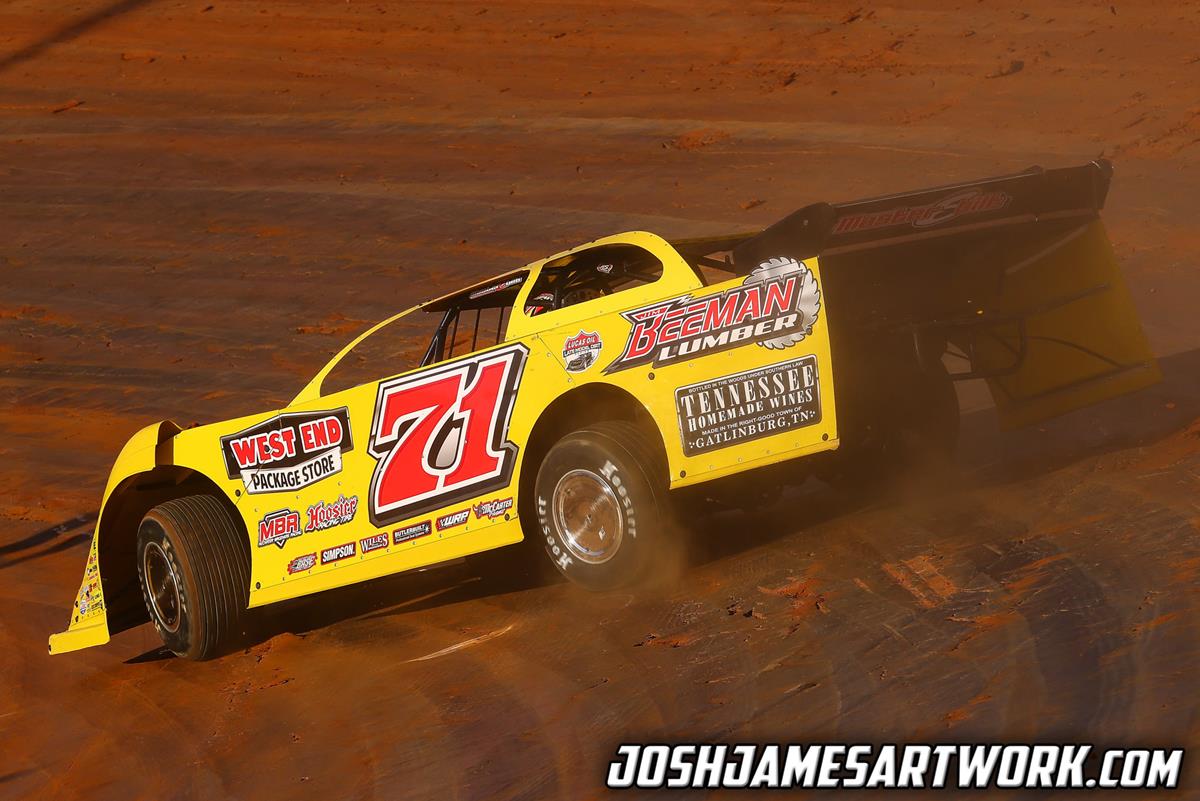 On Thursday evening, Pierce McCarter entered his McCarter Brothers Racing No. 71 Late Model into battle at Volunteer Speedway (Bulls Gap, Tenn.) for the inaugural Kyle Larson Presents Late Model Challenge powered by Tezos event. Drawing a stout field of 42 Late Models, McCarter’s sixth-place finish in his heat race relegated him into the B-Main for another shot at the A-Main. Improving one spot to finish second behind Garrett Smith, Pierce locked into the 20th-starting position for the main event. With $20,000 on the line, McCarter clawed forward four spots in the 50-lapper to finish 16th. (Josh James Artwork)

For the Bobby Carrier Sr. Tribute on Friday at Ponderosa Speedway (Junction City, Ky.), Pierce came in fifth in his heat before placing fourth in his B-Main. Rolling off on the 10th row for the A-Main, McCarter passed four cars to record a 16th-place outing.

On Saturday, Mack McCarter returned to the driver’s seat of the West End Package Store No. 51 Late Model at Tazewell Speedway (Tazewell, Tenn.) for the second annual Lil’ Bill Corum Memorial. After a second-place finish in his heat locked him into the eighth-starting position $21,000-to-win A-Main, McCarter retired on the sixth lap of the feature.